Find out about how I am creating the Studsburg Custom LEGO city design and layout. What are the Layout and Build Techniques being used? What has been updated and what have the LEGO Minifigures been getting up to?

Studsburg is the name of the LEGO City we are creating. It is being created in a small room with multiple trains and train tracks and it is designed using layers to allow more depth and detail. Here we share updates and techniques I have used as well as some of my MOC work.

The features include a harbour area, Train and Cargo depot, city buildings, train stations and an epic mountain featuring a mine, A Ninjago Temple with surrounding Village and a Jurassic Park theme park!

Our channels are focused on telling the story of Studsburg Custom LEGO City through Videos on our YouTube Channel and Playlists. Photography on Flickr and Instagram. But, above all, on play! Yes, as serious as this looks, we feel playing with it is a vitally important part of the LEGO Experience! Both for the kids and me as an AFOL LEGO Builder.

We hope you enjoy what you see and stay with us for the journey as we start to create the city of dreams!

Will confess to underestimating just how much bigger it needed to be, but going to look epic! And the @trixbrix.eu crossover is perfect in the centre. Following on from my LEGO Room update, I’ve been working on laying tracks into Studsburg. I’ve now completed one of the loops added the cargo depot sidings and tried one of the awesome @TrixBrix Double Crossover pieces – it’s awesome! Come see the LEGO Trains start to roll again! People have been asking what and where the LEGO City is at. So I thought I’d cover that and the new LEGO Room progress as they are connected. So here’s a quick tour of where everything us up to and LEGO Room and City WIP | Part 1. May the 4th Be With You! The LEGO City of Studsburg has taken on a bit of a Star Wars theme being that it is May the 4th and LEGO are always good at celebrating it. END_OF_DOCUMENT_TOKEN_TO_BE_REPLACED 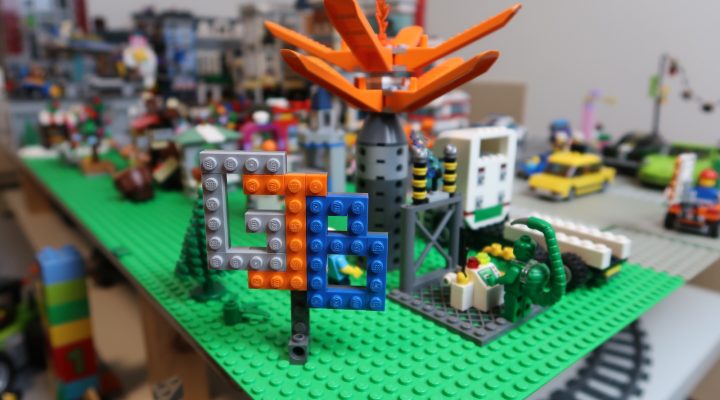 LEGO CITY UPDATE #12: A NEW LEGO TRAIN! This update shows the market appearing, The LEGO Train depot getting busy. A theme park has risen. And SigFigs blowing things up. Wait, what? END_OF_DOCUMENT_TOKEN_TO_BE_REPLACED This week’s LEGO City update is focused on planning and minor detailing. And not to mention there may have been a zombie sighting near the hospital… Eek! END_OF_DOCUMENT_TOKEN_TO_BE_REPLACED LEGO CITY UPDATE – did I listen? The last Studsburg update had well-deserved feedback on the open-backed creator sets on display. So did I change LEGO City layout as suggested? END_OF_DOCUMENT_TOKEN_TO_BE_REPLACED Studsburg LEGO City Update #8 – New room, new views, lots of plans! It’s been a while since my last update, and a lot has changed! END_OF_DOCUMENT_TOKEN_TO_BE_REPLACED