I wanted to share a quick afternoon LEGO Creator build I did with my eldest who really wanted to build something with me. This ended up being really enjoyable little plane build, which is creator set 7292. It features working propellers, landing gear with a clever little ‘locking’ system and simple but effective swivelling rear wheel.

Being a LEGO Creator set, it’s not quite the right scale for use in a LEGO City build. But, I think it would be a good background filler set.

I really like the look of this plane and I’m working through how I could actually upgrade this to be a usable city model with some features. I do have the Cargo Plane 60101 set but that is a different layout. This is much more of an older style hard working propellor plane. Actually makes me think of the one at the beginning of Indiana Jones 2.

And so far it has zoomed around most of the house making some great Whooshing noises and landing in all manner of places. One thing you have to love about LEGO planes is that they need hardly any runway! It opens up a whole world of Imagination for the kids! 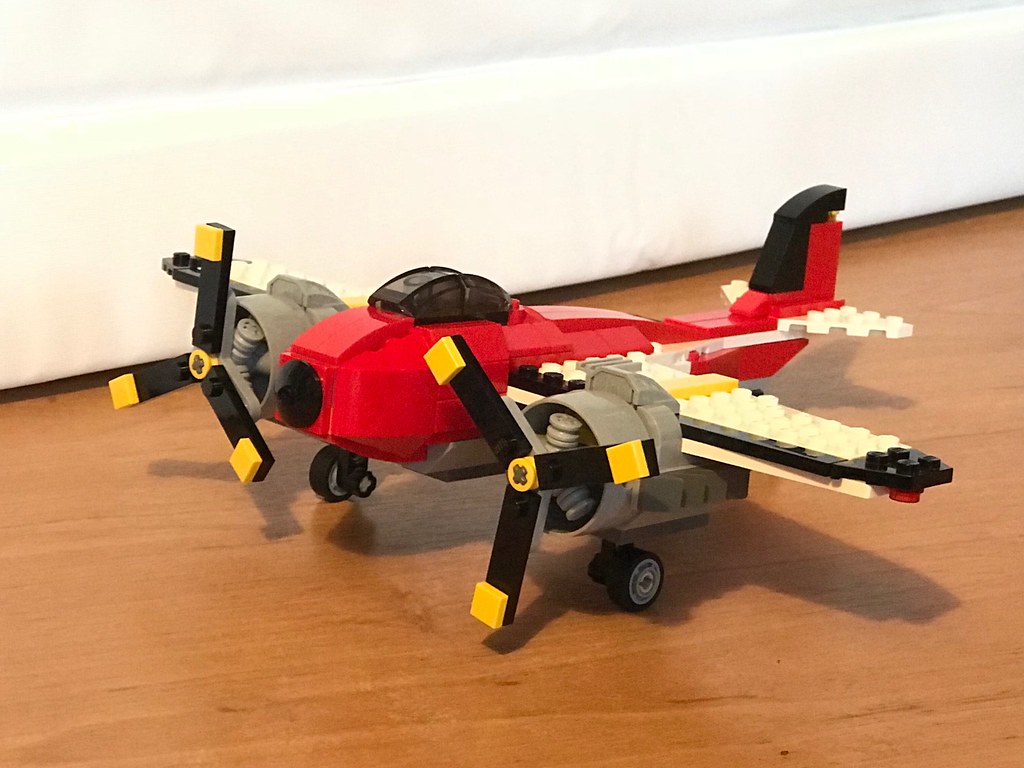 This set was a gift and so far we’ve gotten a lot of happiness from it. Can’t wait to see where the jet and hovercraft versions of it take us!