Growing up I was a big fan of the French Cartoon, ULYSSES 31. It captured all the stories of Greek Mythology but was set in space and featured the amazing Odyssey space ship.

Realised in LEGO here by jrbony and BRICKTEAM_KOR and shown at the Brick Korea Convention in 2015. I’m sharing this as it’s such an amazing and unique design and a challenge to create the shape of in LEGO. 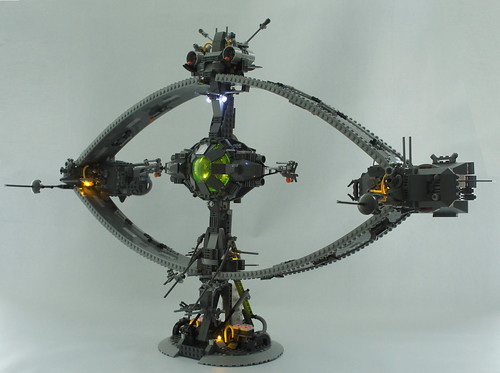 The shape of this ship is not an easy one to capture being sort of elliptical but not quite. They’ve made good use of the bit of flex LEGO bricks give you over a length and then connected the end with engine pods as per the cartoon. They’ve combined that with some great greebling to give the whole thing some life.

One thing that does impress me is the Iris in the centre. In the cartoon this is an important feature and often closed in bad situations. They’ve done a really nice job of capturing the “eye” feel of the ship using that clear green piece. And, as you can see, they’ve added lights throughout the model. ULYSSES 31 would be proud! 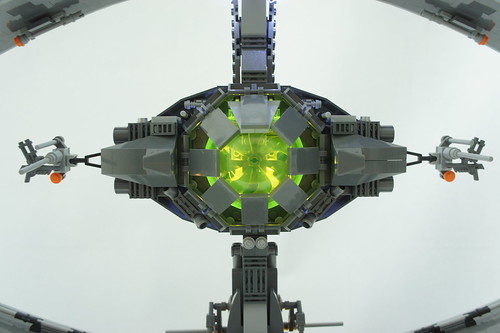 Go and  check out the full album and let me know in the comments what you think!