Digging through old boxes of LEGO I encountered a bag with these in it. They are an old school Mech design that I’d created when I was at school. They’d sort of survived all these years.

Despite the fact they’d come apart, I still remembered how they went together. Built using some old school parts, I’d used some bits of LEGO Technic to stiffen the joints. And the feet had wide bases to make them more stable. The cockpits came from the numerous LEGO Classic Space sets I have, as do the cool pilots. 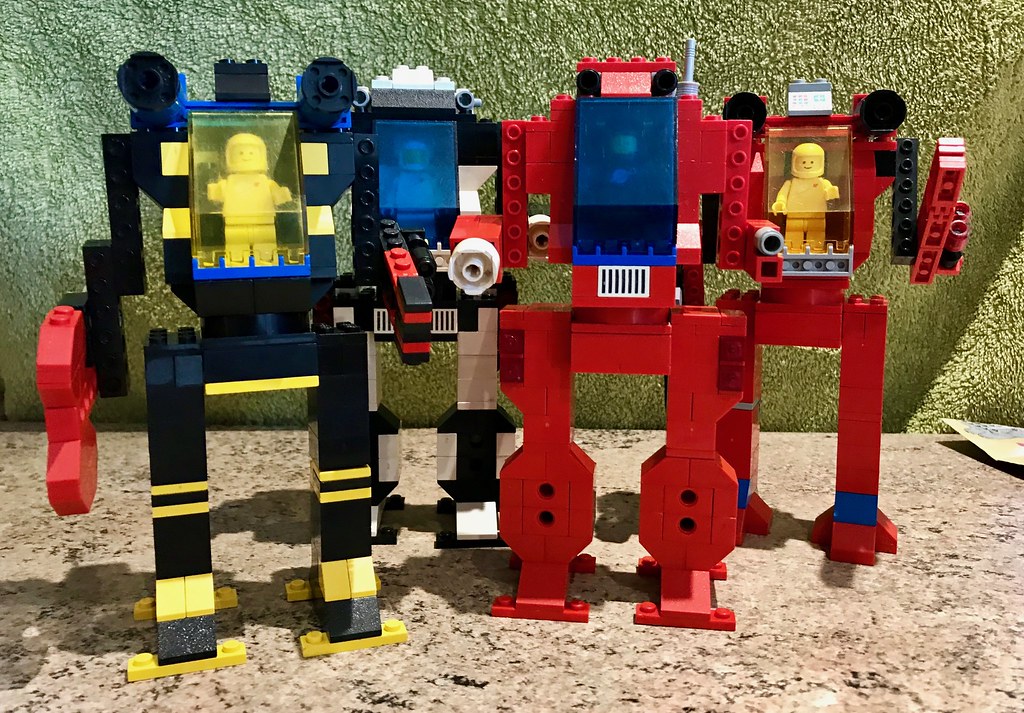 They were inspired by the MechWarrior Animated Series on TV, which as you’d expect, is about Mech battles. I believe the black and yellow one was the Axeman which was one of my favourites from the show. And front red one was the Summoner M Omnimech which was one of the most powerful. Obviously, they are massively scaled down, but the intent was there.

I always thought it was a great cartoon. It was actually one of the first cartoons to use 3D images. It was absolutely amazing at the time and I highly recommend checking it out. I was just sad they never completed the season.

They need some work before they are ready for a LEGO Ideas submission. But finding them has got me thinking about how much I want to submit something to that site. It’s just one of those things as an avid AFOL that would make me proud.

I will need to thoroughly update them given how good some of the work you see these days is! And also how far the parts have advanced for handling the articulation.